Though he lacks the ‘name value’ of a Damiano or DeRenzy, Robert McCallum’s filmography is as strong as that of any of his contemporaries. Probably best known for Annette Haven’s breakthrough V – The Hot One, and the gritty thriller Amanda By Night, he directed a string of classics during the late 70s and early 80s. 3AM, his hardcore debut, pivots on the death of a middle-aged man, and reveals how the event plunges his already-dysfunctional family deep into crisis.

Beginning with a montage contrasting shots of a couple having sex with the solitary pursuits of those around them, the film establishes a tone of discontent from the very outset. The sounds of Mark (Frank Mauro) and Elaine (Rhonda Gellard) engaged in conjugal carnality echo around the otherwise-silent beach house; we see their son, Ronny (Charles Hooper), laying on his bed and staring into space; their daughter, Stacey (Clair Dia), obviously troubled, huddled in bed but unable to sleep; and Kate (Georgina Spelvin), Elaine’s sister, Mark’s lover and our narrator, alone once more. Inexplicably, almost as soon as the physical activity has ceased, a bitter row breaks out: Mark accuses Elaine of loving the trappings of his success rather than his soul. Seeking refuge on the family boat, he finds Kate has had a similar idea and they proceed to make love; however, his dissatisfaction is still apparent and he tells her that he’s leaving. After an emotional exchange, she hits across the head with a champagne bottle and he falls over-board.

Despite being the catalyst for everything to follow, the despair and demise of Mark is actually afforded little screen-time. The true focus of 3AM is not the death of a husband and father, but the psychological scars borne by those that remain: Kate observes her sister’s grief, with the knowledge of her own guilt looming large; Elaine, unaware of the true course of events, attempts to end her life, before seeking solace in the arms of a stranger; and Stacey, bizarrely, begins to display libidinous desires for her withdrawn older brother.

Relentlessly bleak from start to finish, I can only imagine the reactions this garnered on its theatrical release. The authentic physicality of the cast will doubtless have disappointed those expecting buxom starlets, and the forlorn stares, furrowed brows and existential dialogue (“Peace will come when you’re ready to accept your loneliness.”) is likely to have sent many grindhouse-patrons heading for the exit. Add in such queasy sights as Kate probing the naked body of her motionless niece, and the film begins to sound more like horror than erotica. In truth, it’s closer to an arthouse movie, albeit a very dark one containing hardcore sex.

It’s worth mentioning at this point that ‘Robert McCallum’ is widely acknowledged as being a pseudonym for mainstream cinematographer Gary Graver. Although he (Graver) has always denied it, 3AM is clearly the work of a skilled craftsman, and one of its greatest assets is the stunning location photography; indeed, the beach against which the drama plays out is extremely important — the barren, wind-swept landscape serving as an aesthetic equivalent to the narrative, emphasising the vulnerability and isolation of the characters. Of course, we shouldn’t underestimate the importance of the cast itself, all of whom cope admirably with what are really quite difficult roles; Spelvin is predictably compelling, but Rhonda Gellard is equally impressive as the shattered widow, Elaine.

Featuring death by drowning, attempted suicide and incestuous encounters, this is clearly not a film for everyone. It’s not without fault, either; the rate at which Frank and Elaine go from physical intimacy to outright loathing is rather curious, and a lesbian encounter at the heart of the movie is also a little peculiar. An anonymous stranger (played by Spelvin’s real-life lover, Judith Hamilton) approaches the house with the apparent intention of using the phone; discovering Kate in the shower, she proceeds to ravish her before leaving just as suddenly as she’d arrived. The scene is extremely wanton, virtually devoid of dialogue, and occurs amidst ominous, dissonant music; it’s ripe with the same despairing atmosphere as the surrounding footage but seems slightly superfluous in such a tightly-plotted feature.

McCallum would go on to direct films with better casts and bigger budgets but none of his subsequent work had the emotional resonance of 3AM. It’s not perfect by any means, perhaps not even the director’s best, but it is a serious-minded adult film; a skilfully-executed, deliberately provocative piece of cinema. As such, it’s highly recommended. 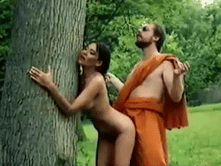 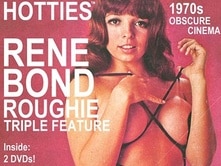 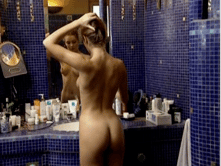 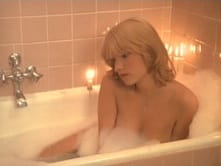 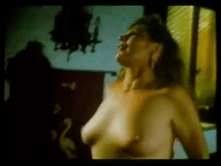 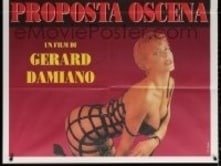 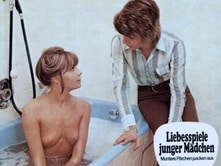 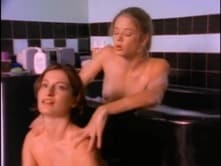 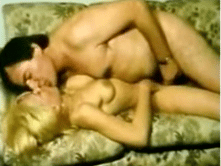 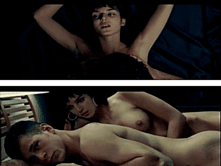