AKA Open My Heart

Writer-director-star and co-producer Giada Colagrande’s cherry bomb of a feature-film debut is the kind of sleazy European trifle — one part violence, two parts sex and a dash of philosophy on top — grind-house habitués once lived to discover.

Lushly pretty prostitute Maria (Natalie Cristiani) and her apparently virginal 17-year-old sister, Catarina (Colagrande, who’s actually in her late 20s), live a stiflingly insular existence in the small apartment where Maria entertains clients on a squeaky bed as Catarina turns up the stereo and buries herself in her studies. Maria, who raised Catarina from the age of 2, conducts herself more like a suffocating mother than a sibling, home-schooling Catarina, discouraging her from experimenting with makeup or sexy clothes and plaiting her hair like a little girl’s. She allows Catarina out only to attend ballet class, and always escorts her there and back. But beneath the already deceptive veneer of domesticity lies a truly perverse secret: Catarina and Maria are locked in an intense, incestuous relationship. The delicate balance of their cloistered life is disrupted when the restless Catarina succumbs to the advances of middle-aged Giovanni (Claudio Botosso), the custodian at her dance school. They meet clandestinely when Maria is out of the apartment, but from the start it’s clear that nothing good can come of Catarina’s heterosexual awakening. And nothing good does, except a fetching sequence in which the raven-haired, porcelain-skinned Colagrande dons a black slip and stockings to do the sort of interpretive dance often found in smutty pictures with intellectual pretensions.

Colagrande’s claustrophobic freak show was shot on digital video and some scenes have the flat, over-lit look of a home movie, though others are handsomely shot. Overall, it’s rather less entertaining than the oh-so-French SECRET THINGS (2002), which, in addition to layering a whole lot of concupiscence over its philosophical bones, manages to up the transgression ante with a touch of blasphemy. But fans of this venerable Eurotrash form will welcome any evidence that it’s still alive and writhing lasciviously. 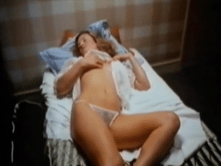 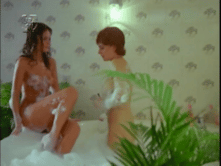 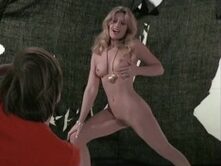 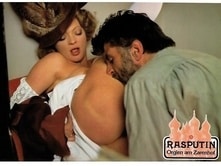 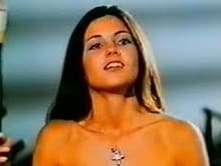 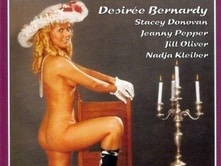 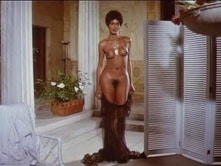 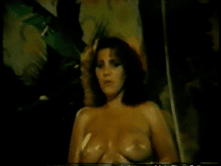 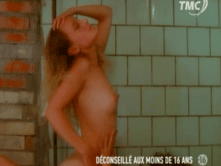 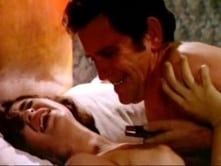 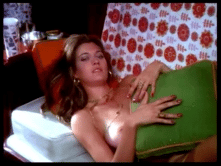 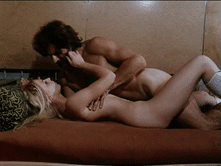 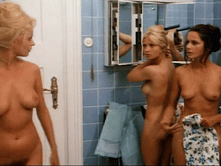 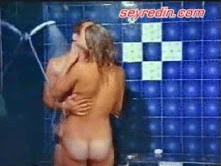 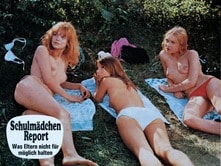 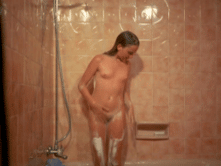 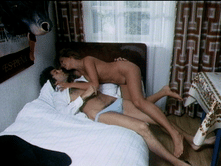